From the mountains to the caves

In 2011, I, along with a few other photographers and filmmakers, were tasked to document these sites as part of a project with UNESCO and the ICT Office of the Department of Science and Technology, Philippines.

We had already gone to Tubbataha Reef and the Rice Terraces; both of immeasurable grandeur. 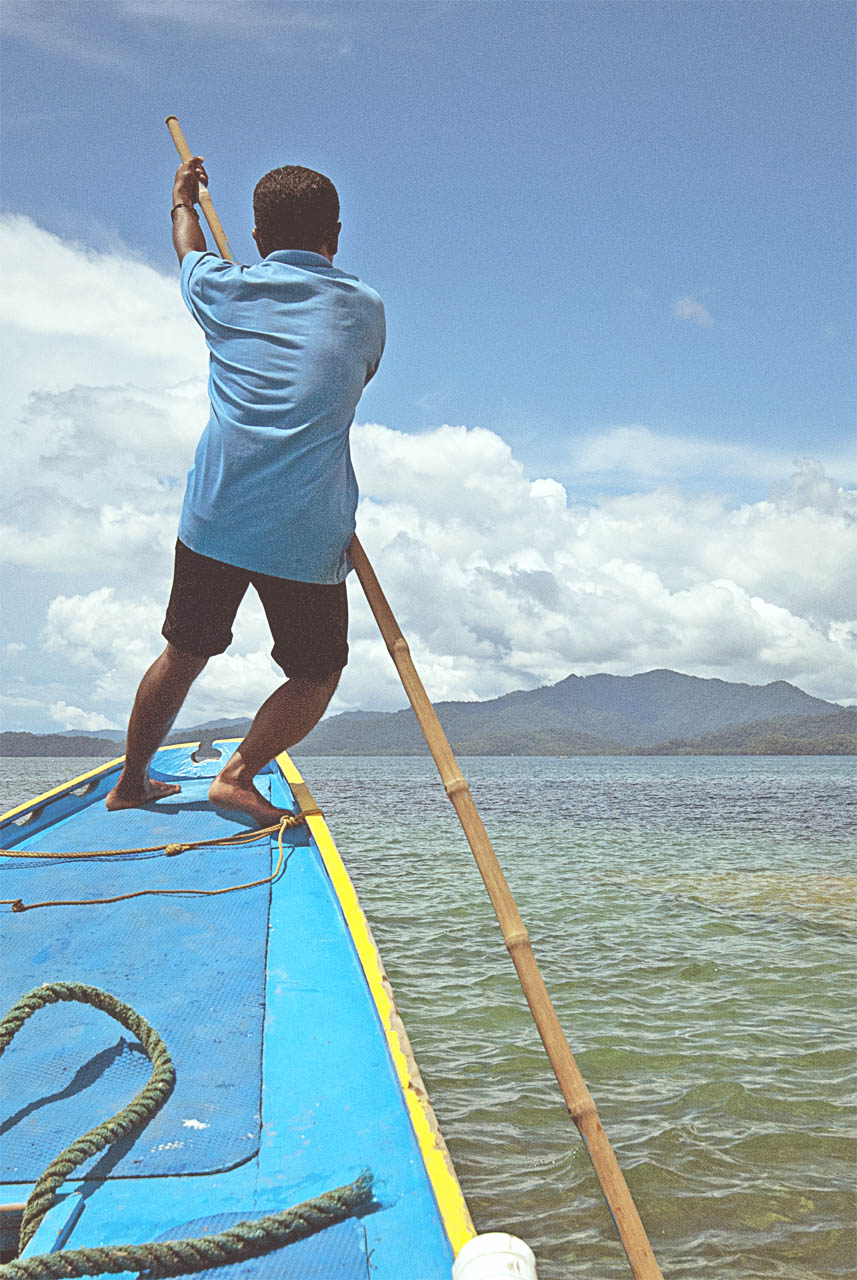 WE’RE BACK IN PUERTO PRINCESA

Our third leg was set in the capital city of Palawan island, Puerto Princesa. We arrived in the city with a sense of familiarity since we had already been there during our first leg when we went to Tubbataha Reef, however, it was only for one day.

This time was different of course. This time, we were set to stay for 7 days. 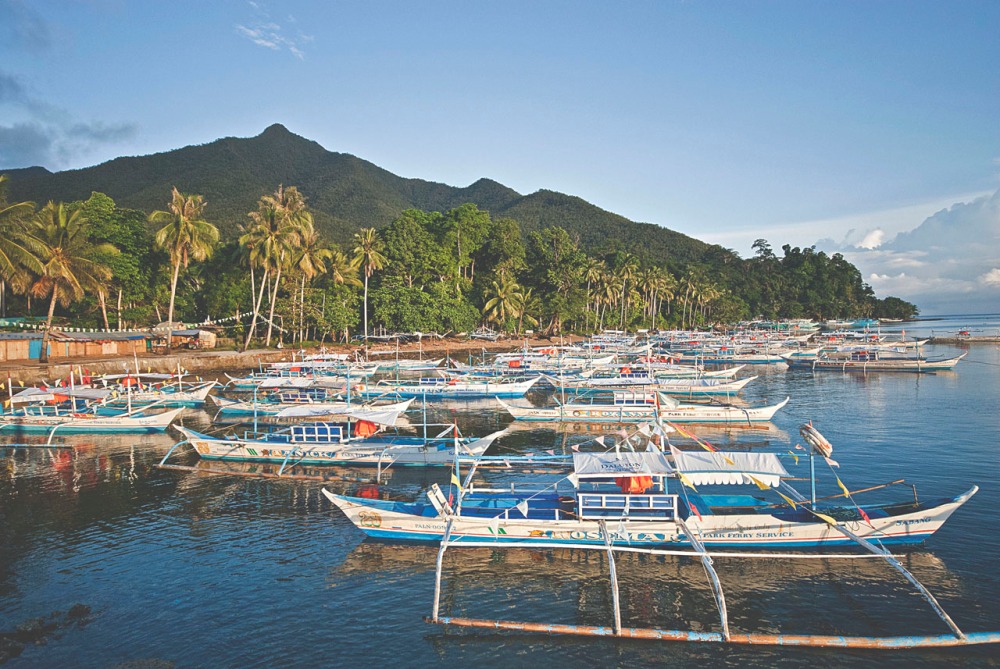 Indeed Puerto Princesa is mostly famous for the Subterranean river, but the Sabang Mangrove forest is also a destination that any person would appreciate and enjoy visiting.

This was our first stop.

We took a leisurely paddle boat tour though the mangroves, and saw a thriving ecosystem of both fresh and salt water wildlife. Snakes, monkeys, and monitor lizards were a few of the animals that we encountered as we explored through the mangroves. 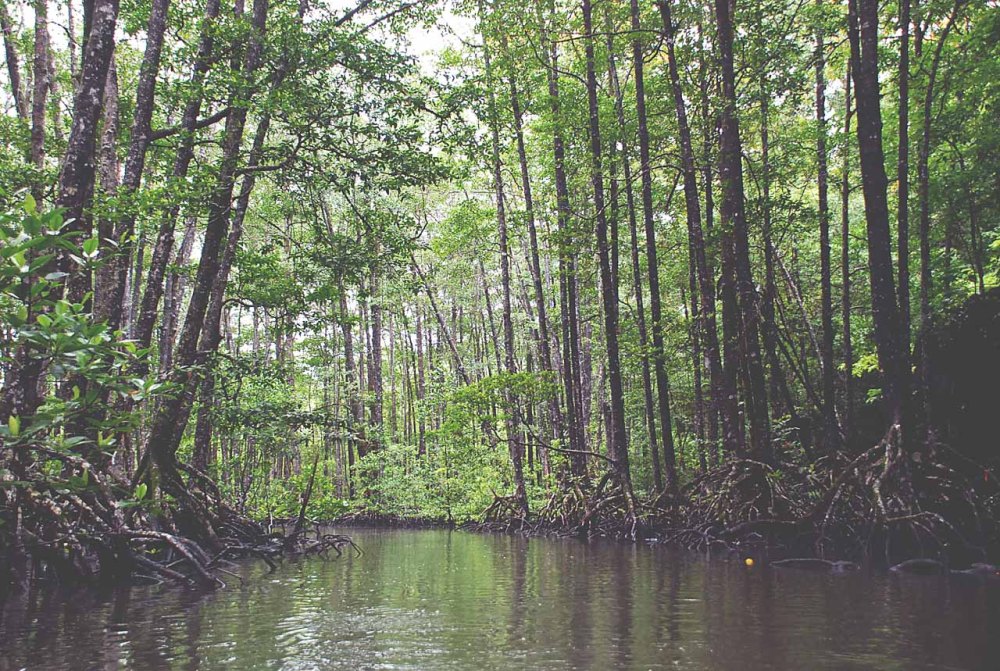 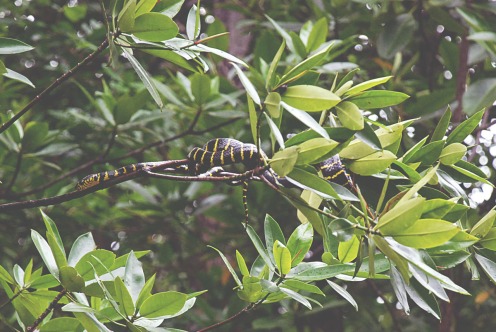 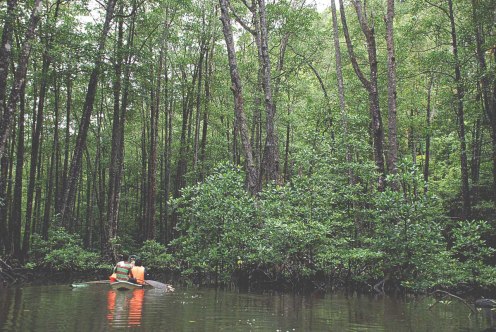 The second site we visited was Mt. Bloomfield.

Our trek to the mountain started from Sabang beach. After a brief march through agricultural lands, the trail quickly turned into a steep rocky ascent. 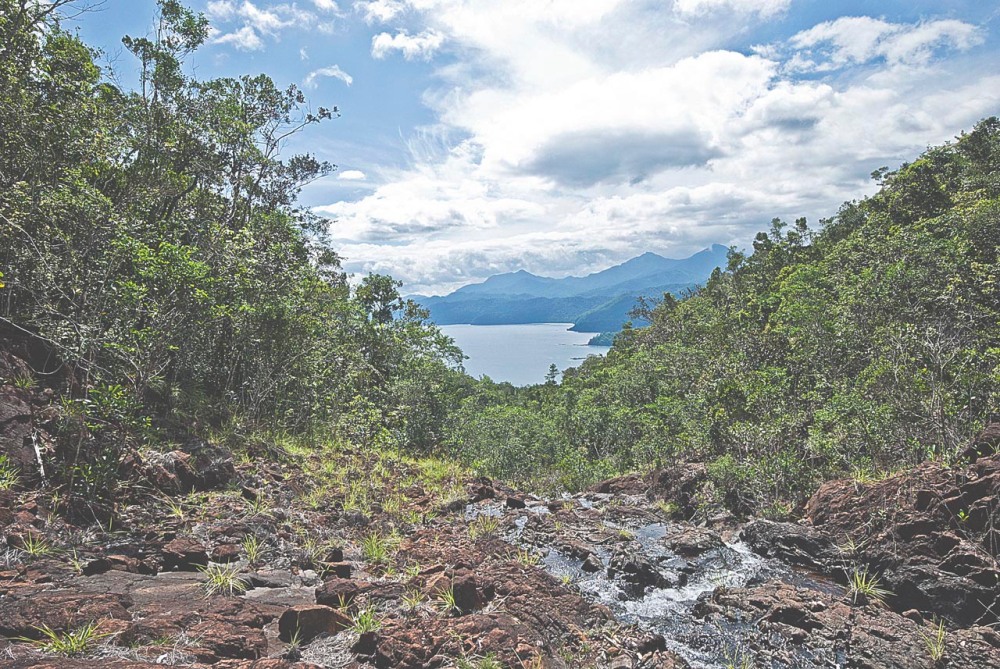 The sights were spectacular. Not only did we have a scenic coastal view, but we also had the chance to see the artistry in the rock formations that were naturally carved through the centuries by the constant flow of water. 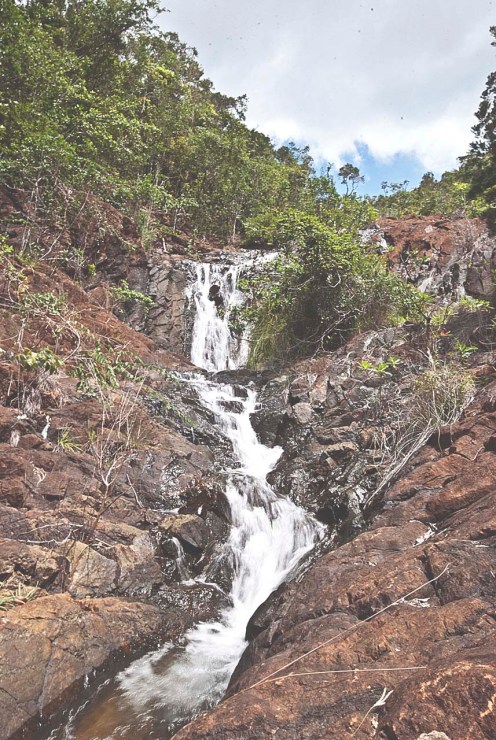 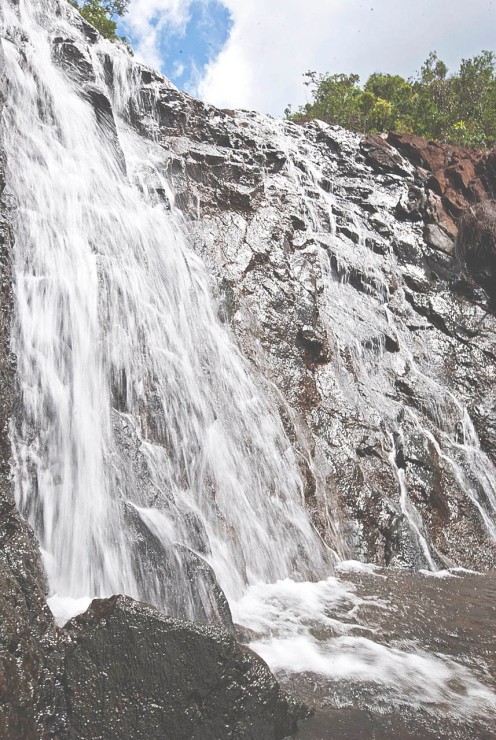 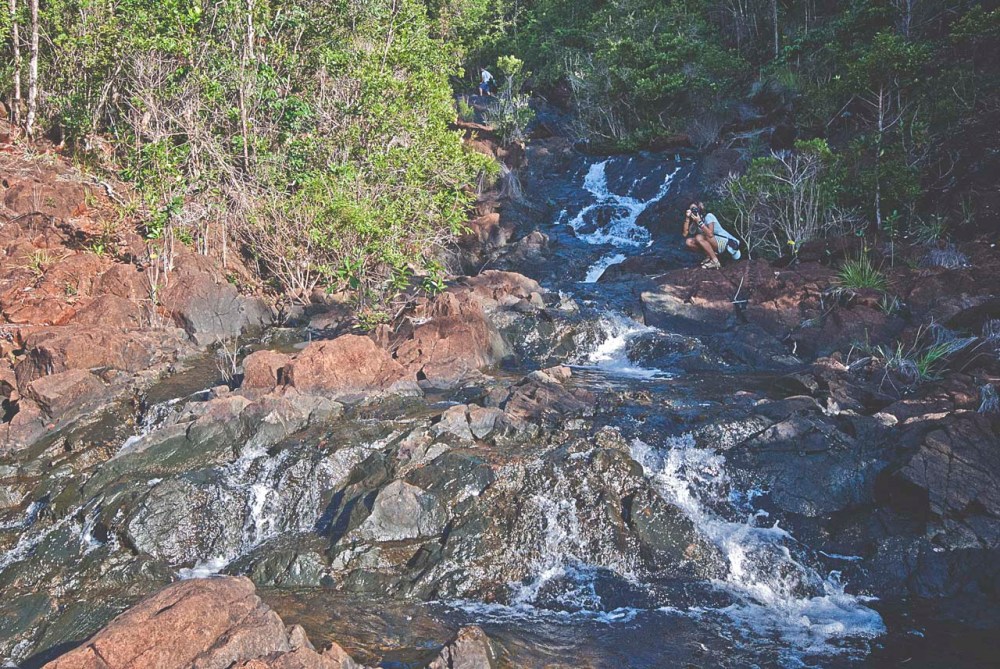 TO THE SUBTERRANEAN RIVER

To get to the Subterranean river, we had to take a pump boat ride from Sabang beach to another beach where the mouth of the river was located. 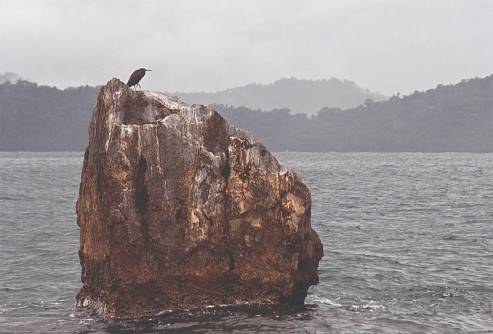 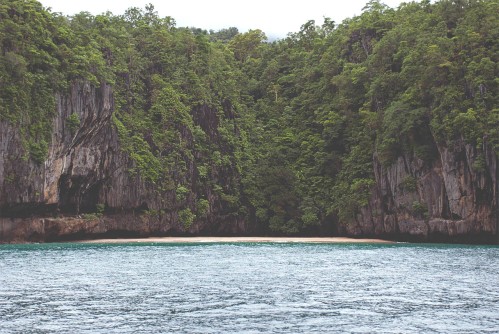 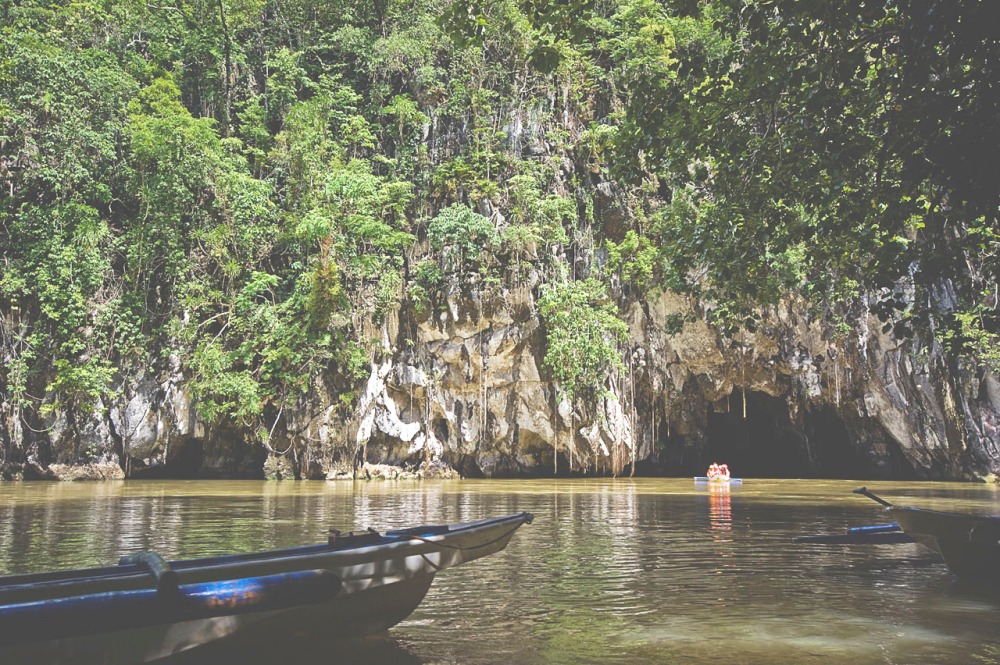 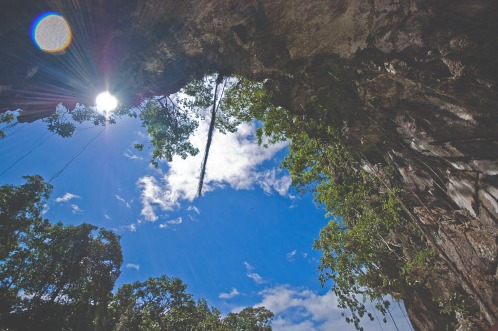 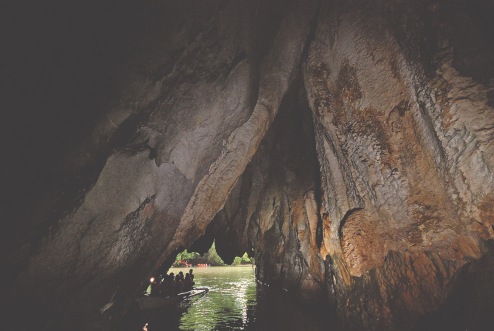 The cave houses an impressive 24 km long subterranean river. There is also a section of the river found underground and inaccessible is 8.2 km. The river winds through the cave before flowing directly into the West Philippine Sea and is accessible by boat up to 4.3 km in from the sea. 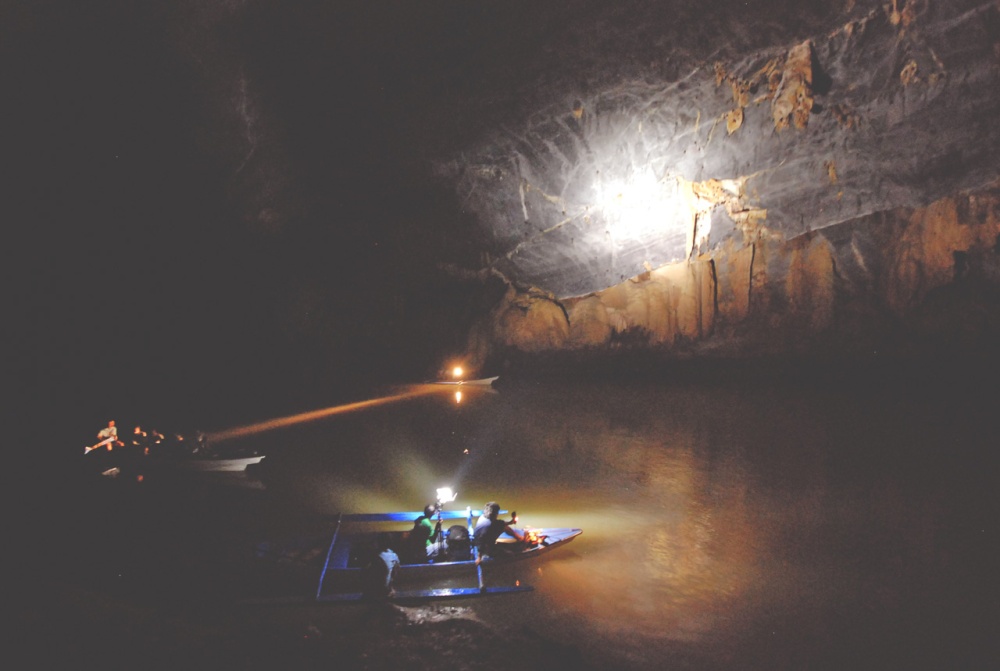 It was quite an impressive site. We were in complete awe when we saw all of its immensity.

You can only imagine how nature and its relativity with time have been able to create such an intricate and monumental natural structure. 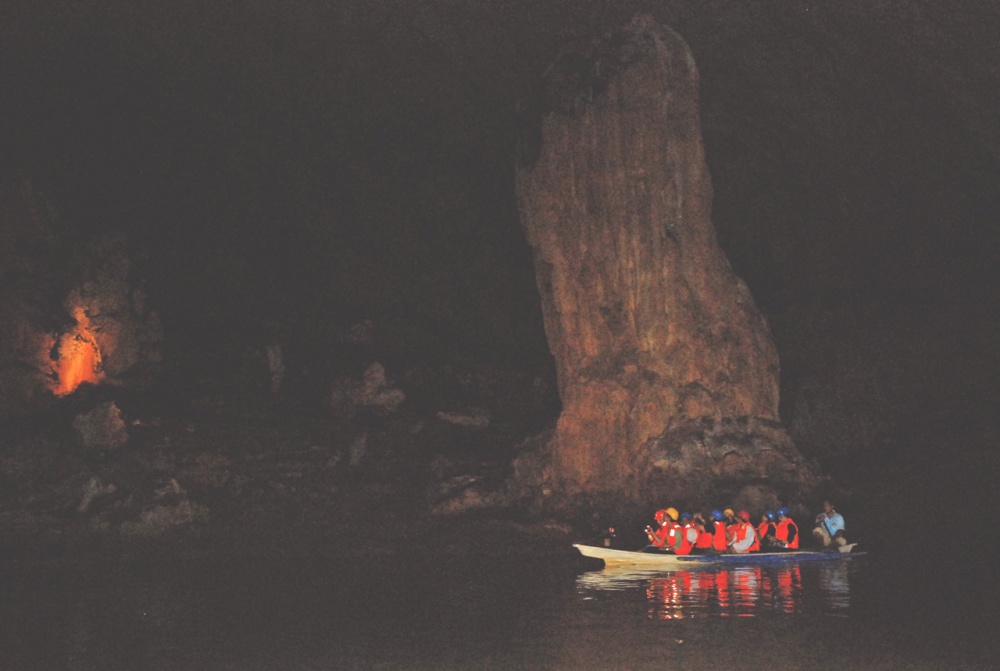 TO THE DAYLIGHT HOLE

After visiting the cave, paddling through the subterranean river, we then hiked to the Daylight Hole, a place not many people, especially tourists, go to.

We were told that the Daylight Hole was discovered a few years ago when a group of Italian researchers scuba dived and explored the entire river; and to their surprise, reached the end of the river at this enormous cave they soon called the Daylight Hole. 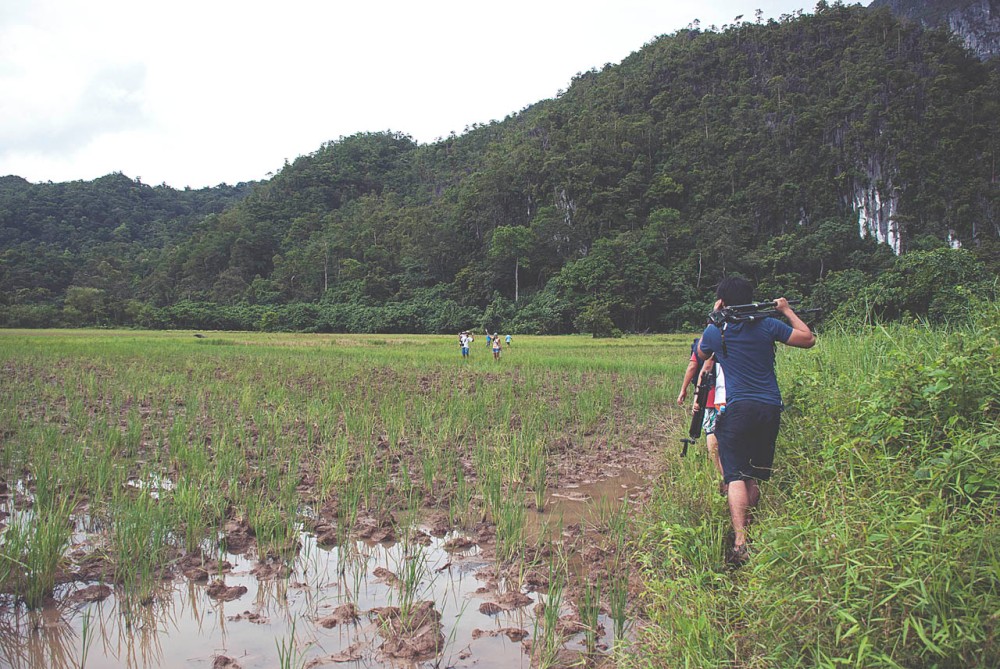 It was a long trek through rice fields and muddy trails. Eventually, our hike led us to a forest where we then climbed a rocky facade. 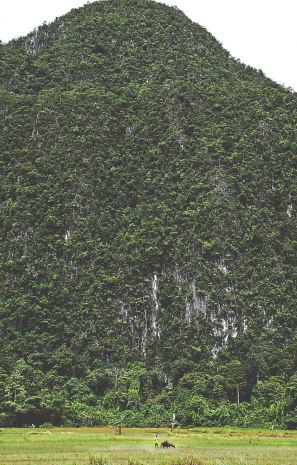 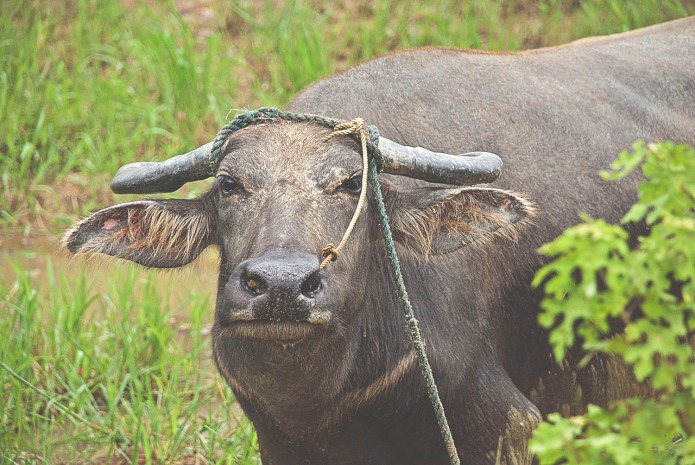 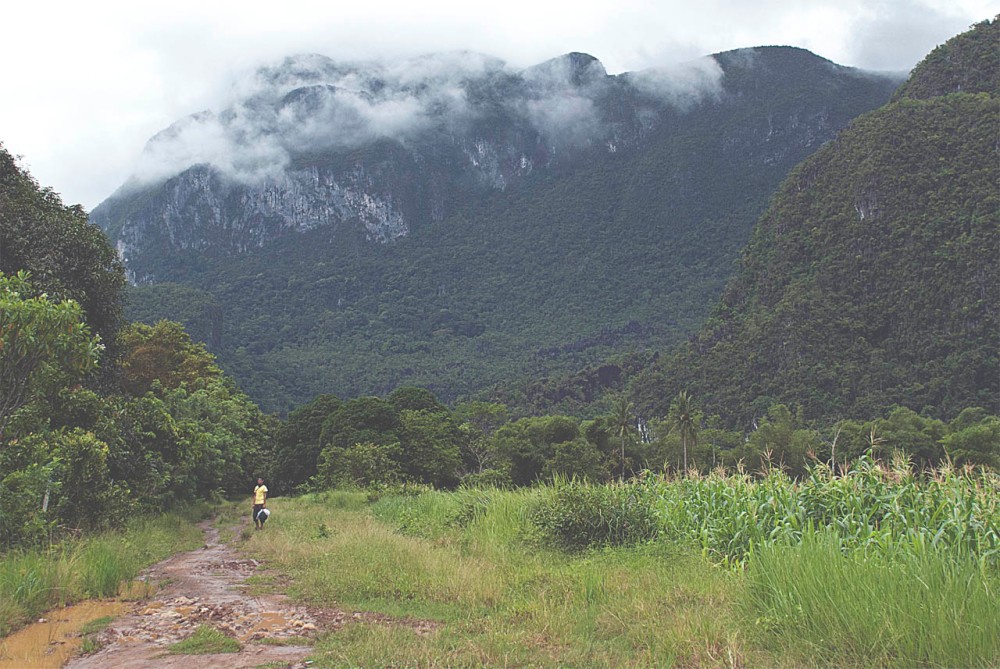 After a few hours of hiking, there we were, at the Daylight Hole.

If only we had the proper gear and equipment, we could’ve rappelled down the cave to take photos that would best portray its enormity. But to a lot of people’s disappointment, we were no experts in cave abseiling.

Photos and videos were all took, as well as the memory of a beautiful cave that surely had a charm that possessed a thousand stories. 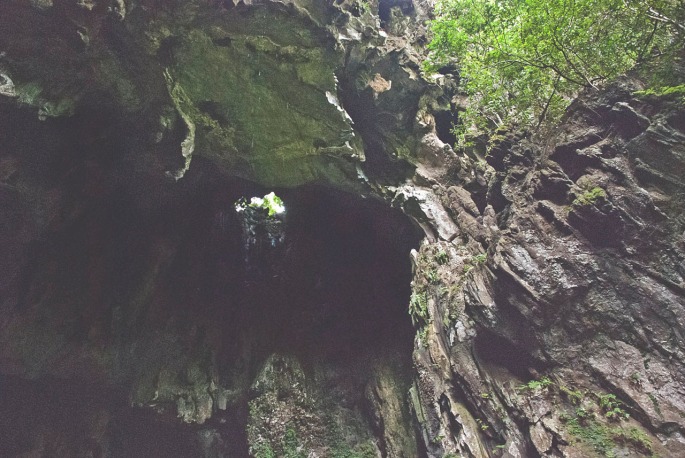 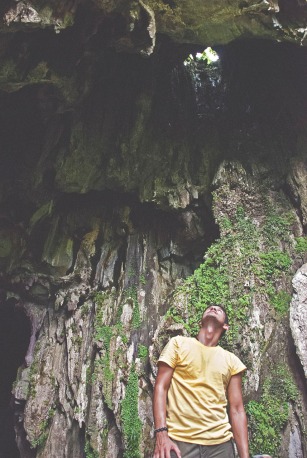 Undoubtedly, this third leg quenched our thirst for adventure.

Seeing these remarkable landscapes, the beautiful views, and seeing those gorgeous caves kept us all inspired to do what we could to capture all of the spectacularity of this natural terrain and share it with others. 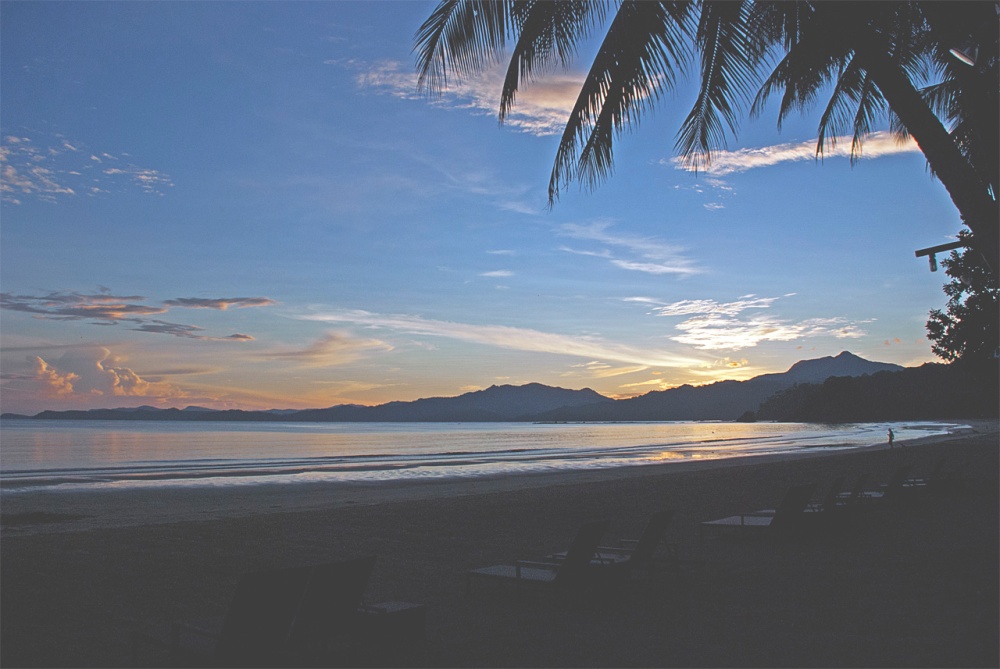